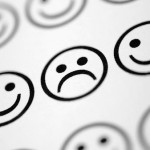 Have you noticed that people on television or radio almost always are angry about something and want us to know it by saying nasty things about others?  Sure, I get angry about government waste, lying politicians, or someone who refuses to turn off a cell phone when the movie starts, but I do not start ranting about his family, or making fun of something that the person has no control over–like being challenged physically or intellectually.  Today however, that appears to have become the norm for comedians, news commentators, radio talk show and television hosts, not to mention some politicians.

When did this come about?  It was certainly not overnight, or most of us would never have tolerated it, but today, we do.  In fact, we have become the enablers for we do not turn the channel and we do laugh at the “joke”.  Since when did it become funny to make fun of people with physical or intellectual challenges?  My folks would have been so disappointed if they heard me say what we hear almost every day in the media.  When did it become “cool” to make fun of people with Down syndrome?  We disagree with someone’s politics, so we attack their children?  It is funny to suggest that the wrong people were killed or it was a wasted opportunity when a particular person was not shot?  This is funny?  I understand that people who belittle others are usually self-loathing insecure people.  I get that, but why do we enable them to continue?  Have we become so desensitized to the pain these attacks cause?

I do not understand it, but somehow I feel less than I was when I hear it.  Maybe, there is something inside us all, telling us that this really is not OK.