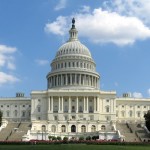 I awoke this morning thinking about the serious problems confronting our nation today, from the wars in Afghanistan,  again in Iraq, Syria, and nuclear weapons in Iran, terrorism threats home and abroad, the economy, the deficit, unemployment to the continuing debate on health care.

I stopped, and paused for a moment, and considered the actions taken, and frankly, the actions not taken, by the members of the House and Senate of the United States, no matter their party affiliation, over the last few years, and realized that one can only repeat the demand made in 1940 to Neville Chamberlain from a member of the English Parliament quoting Oliver Cromwell: “You have sat too long here for any good you have been doing.  Depart, I say, and let us have done with you.  In the name of God, go!”.

Enter your email address below to receive updates each time we publish new content.

Well, it’s that time of year once again. Trout season in rivers and streams will open on April 1st in New York, Massachusetts and Maine, April 11th in Rhode Island, Vermont and Connecticut, and April 25th in New Hampshire for trout ponds rivers and streams.