I was pleased to have BoomerCafé post a story, Christmas Morning, from my book Life at 12 College Road

If most baby boomers’ memories of Christmas mornings in our childhoods are lost, Eric Mondschein, who lives in the Adirondack Mountains of upstate New York and author of Life at 12 College Road

, makes up for it. He has memories that probably parallel most boomers’ — except for a not-so-happy ending. That’s the short story he gives to BoomerCafé this season: “Christmas Morning.”

The holidays were an interesting time at the Mondschein residence. Things were a little different in our household, but the season was always full of happiness. Well . . . almost always. 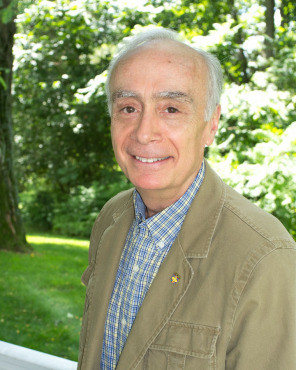 My dad was Jewish and my mom was a Bahá’í. When we were young, we celebrated Hanukkah: learning about what it meant, lighting candles, giving gifts. My grandma, Dad’s mom, would usually join us. It was always a festive occasion.

Mom, being a Bahá’í, had no problem celebrating Hanukkah or any other Jewish holiday. She respected all religions and, Dad being Jewish, it just seemed like the natural thing to do.

We would also celebrate the Bahá’í holy days. A run of them fall between February 26 and March 1, just before the Bahá’í New Year, called Ayyám-i-Há (“Days of God”), or, the Intercalary Days. They are a preparation for the Fast, focused on hospitality, enjoyment, charity, and paying special attention to the plight of the poor and sick. They don’t mark any particular event, but the way they are celebrated, in some ways, is similar to the way Christmas is observed worldwide. But Bahá’ís as a practice do not celebrate Christmas.

So with a mother who was a Bahá’í and a father who was Jewish, why am I talking about Christmas? That’s easy: my dad believed that every child should celebrate it. Don’t get me wrong, he was not referring to the birth of Jesus Christ. He was speaking about Santa Claus and Christmas trees.

At our house, after Hanukkah had ended and the menorah had been put away, a huge candy cane with a big green bow appeared on the front door. Evergreen and blue spruce branches and pinecones decorated the mantle over the fireplace. And before bedtime on Christmas Eve, my brother and I would put a plate of chocolate chip cookies and a glass of milk on the coffee table in front of the fireplace. That is when Christmas really came alive. 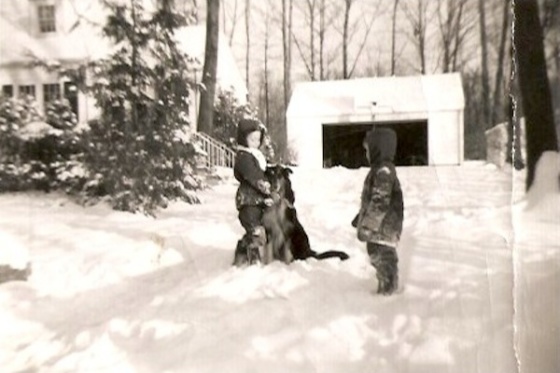 At the crack of dawn, Jeff and I would run into our parents’ room and ask if we could go downstairs to see if Santa had come. Mom and Dad would invariably groan and wonder aloud if we could go back to sleep for another hour or so. But they would always relent, laughing as they slipped on their robes and slippers and we pled for them to hurry up.

As we raced downstairs and entered the living room, we could see a warm, colorful glow ahead. When we rounded the corner, there in front of us was a magical sight to behold.

In the corner, near the door leading to the den, was an angel-topped Christmas tree that almost reached the ceiling. Many-colored lights and balls, icicles, and candy canes hung from its branches. Under the tree was a tiny village, and traveling around its base was a locomotive pulling freight cars.

In front of the fireplace were presents, clearly labeled for the lucky recipients. Hanging from the mantle were five stockings: one for everyone, even Lassie. 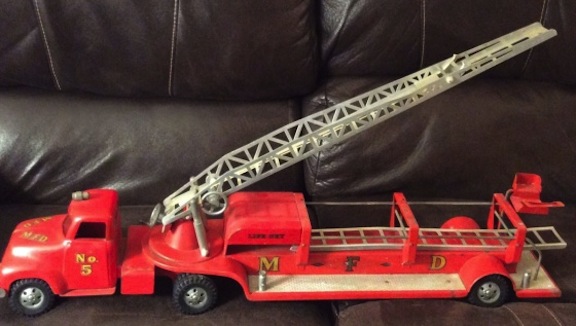 You might think that the first thing we did was open the presents. But no, before a single gift was opened, Jeff and I went straight to the coffee table to check on the cookies and milk. Sure enough, there was nothing left but crumbs and an empty glass. And the rug between the coffee table and the fireplace was invariably covered with sooty boot prints running in both directions. My brother and I knew for a fact that Santa had done all of this for us.

Soon thereafter, we would be tearing open presents, then playing with them until we headed off to my parents’ friends’ house for brunch.

Yes, Christmas Days were always wonderful at our home, among the happiest moments of my childhood. That is, until I turned nine.

By that time, neither my brother nor I was under the illusion that Santa was responsible for making those mornings what they were. No, we knew that it was Mom and Dad. Mostly Dad, who set up the electric trains and the tree (which we would plant along the perimeter of the yard after the holidays). 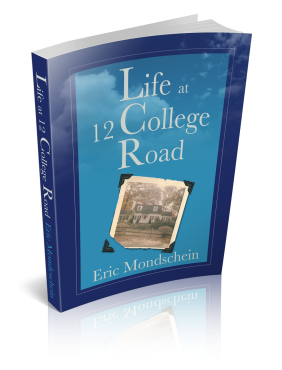 Despite our newfound worldliness, that Christmas Eve began the same as all the previous ones. We put out the plate of cookies and milk, although we knew that our parents would eat them, and that Dad would use his galoshes to make the sooty boot prints. When my brother and I headed to bed, all was right with the world.

Jeff and I shared a room in those days. We awakened at the crack of dawn, as usual. But then we skipped a step. We didn’t head for our parents. We just made our way quietly downstairs.

There it all was, in its usual glory: the tree, the train, the empty plate and glass, the presents. We were amazed at just how wonderful it all looked. We could even smell the evergreen and blue spruce branches draped across the mantle. Ironically, it was at this moment that we would forever change Christmas morning.

Caught up in the moment, Jeff and I began to thoughtlessly tear open our presents. And wow, was it a special Christmas. The topper was my Mattel Fanner 50-cap pistol, loaded with “safe-to-shoot” bullets. I even got a real leather belt and holster to put it in. Jeff was also in awe, showing me his new fire engine ladder truck, the exact one he’d asked for. We dumped out our stockings, which yielded new toothbrushes and toothpaste, candy canes, Matchbox cars, and pencil sets for school. We had gotten everything on our wish lists. 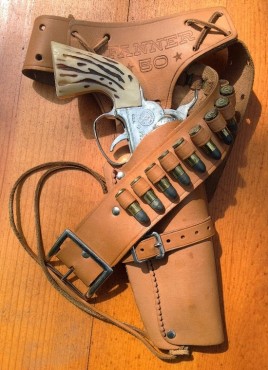 I will never forget the look on Mom’s face when she walked into the living room. There we were, in the middle of the floor, with wrapping paper torn and scattered all around us. She put her hand up to her mouth and said forlornly to Dad, “Oh, Mort . . .” And then she turned and went back upstairs.

Dad glared at us, shaking his head. After a moment, he said: “I never thought I’d raise two boys who could be so incredibly thoughtless and selfish.”

And with that, he rejoined my mother.

Mom never did come downstairs that day. Dad had us clean up the mess in the living room, and informed us that we would not be going to Christmas brunch. He also told us that we knew where the cereal and milk were, so we could fix our own breakfasts.

Later in the day, Dad came back downstairs and asked us to sit with him. He let us know how much we had hurt Mom’s feelings. He told us that we had deprived her of the joy of seeing our faces light up when entering that magical living room, and of watching our expressions as we opened our gifts.

I can’t say that I truly appreciated those words until I had my own children. But after that Christmas, although we always went through the motions and had a great time together, something very special had been lost.