The Dining Room Table is the first chapter or short story, if you will, from my book Life at 12 College Road.

As I sat at the table, I realized the other three chairs had been tilted forward so that their ladder-backs rested against it. They were obviously no longer of use. Scanning the room, it dawned on me that this was not some unknown, foreign establishment—it was the dining room where I shared Sunday dinners with my family for so many years. 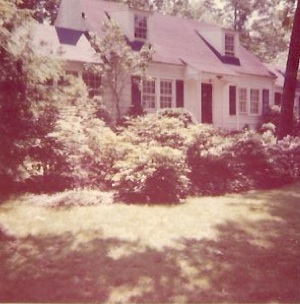 I could see my dad sitting at one end of the table, my brother across from me, and my mom at the other end, closest to the kitchen and the telephone. And there was our collie, lying down by my feet. I always thought she liked me best, but that was probably because, somehow, more of my dinner reached the floor than anyone else’s.

I remember those meals, with the rich smell of roasts and homemade pies wafting through the house, the banter back and forth, and the laughter. Not that we didn’t have rough times—oh yes, there were plenty of those. But there was always laughter.
At every dinner, Dad would hold court. He was a lawyer—a New York City lawyer—and my brother and I would be grilled and cross-examined as to the day’s events. He was gruff, but now I know that he was really interested in what we were doing, and wanted to ensure we did it all to the best of our abili- ties. And may heaven help us if we didn’t know what a word meant, or if we used one incorrectly. There was no discussion and no appeals process. We dropped our forks, went to look it up, and came back telling everyone at the table the definition and how to use it in a sentence. I still recall catching the knowing wink or nod between my parents as I got out of my chair and headed for the living room and that dictionary, which took at least two people to carry. 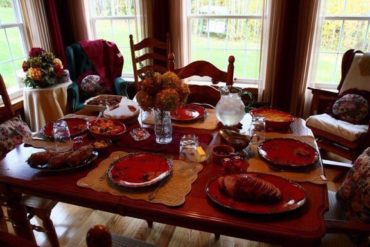 We would often have intriguing company at the table. Some were Dad’s clients who had become friends over the years, from local storeowners to inter- national shipping magnates. Others, Mom had gotten to know through her work with the school district or through her faith. These guests were not just from other towns and states, but from all over the world.

Although they all spoke English, many had wonderful accents: Jamaican, Persian, Greek, English, Swedish, Kenyan, Ugandan, South African, and Australian. They would sit around the table for hours talking, and their laughter would resonate throughout the house. I wish now that I hadn’t asked to be excused so soon after finishing one of my mom’s pies. 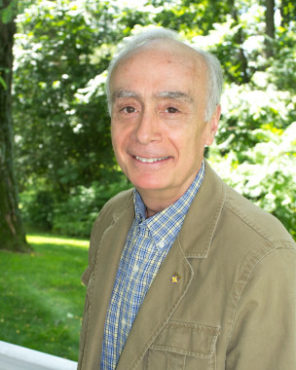 Even when it was just the four of us, that table was lively. Both of my parents were voracious readers, and Mom in particular was a master storyteller. As an avid Agatha Christie fan, she would often bring Miss Marple or Hercule Poirot to life as my younger brother, Jeff, and I hung on every word. Once, shortly after Dad had shared his outrage over the injustice of a black man being seriously beaten for no other reason than being black, Mom began telling us about the book To Kill a Mockingbird. We were hooked as she regaled us with the story and its lively characters. We may have been young, but the connection between the book and what Dad had said was not lost on us.

Jeff would usually content himself with eating and making eye contact with me to share his feelings about the conversations swirling around the table. He was more of an observer than a participant, but he would always respond enthusiastically when asked a question. I think he preferred to listen and learn, rather than risk being sent to the dictionary. However, if the conversation dealt with the New York Knicks, Yankees, or Giants, he’d happily hold court. As I sat alone at the old table, I heard a very unpleasant sound ring out from a distance. The more I listened, the louder it got. At first, the noise seemed not of this world, but eventually, recognition dawned.

My alarm clock—which must have been designed by a sadist.
I threw my legs over the side of the bed and stretched: the start of yet another day. As I rubbed the sleepiness out of my eyes, I recalled the dining room from my dream and those three empty chairs. And it was then that I remembered what had been bothering me for so long: I was alone. You see, my mom, dad, and younger brother have all passed on without me. They are exploring new worlds and I have been left behind. Heck, even my dog is gone. 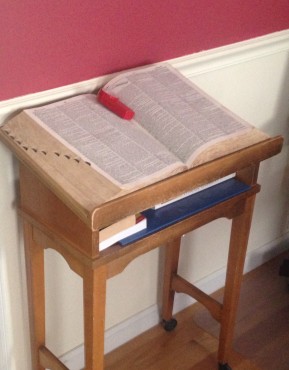 As I shuffled dejectedly to the kitchen to start the coffee, it hit me: by definition, I am an orphan. I know this to be true, because I still use the dictionary from my parents’ living room. It currently resides in our study, patiently waiting to divulge hidden truths to my grandchildren as it did for my brother and me. In fact, the little ones have already discovered it—and its ever-present magnifying glass companion—but they don’t yet have any idea what lies within its pages.