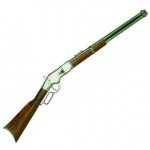 A well regulated militia, being necessary to the security of a free state, the right of the people to keep and bear arms, shall not be infringed.

It appears that nothing is more American, or causes more heated controversy, than does any discourse on the right to own, posses and use firearms or to ban or limit their possession or use.  Emotions often run hot and tempers flare when this issue is debated.  The editorial and op-ed pages of national and local papers across the country are waxing poetic supporting a person’s right under the Second Amendment to own, possess or use firearms or that no right exists.  Law review articles in journals across the nation are filled with one legal argument after another as to why the amendment does or does not apply to the states.  As we are aware, the Supreme Court has made it clear that the Second Amendment does in fact create an individual’s right to possess a firearm, it is not merely about militias.  That debate is no longer an issue, no matter how loud or often those opposed rail at the decision.  What is now before the Court is whether or not states or their municipalities can prohibit their possession.  The case is not about gun control, as many would like us to believe, it is about having a right or prohibiting that right.

The Court, through the Due Process Clause of the Fourteenth Amendment, which states,  “nor shall any State deprive any person of life, liberty, or property, without due process of law”, has interpreted it to incorporate many, but not all of the first ten amendments.  This is what has come to be known as the incorporation doctrine.  Thus, states have been required to respect freedom of speech, press, religion, the right of the people to be free from unreasonable searches, and most of the other guarantees.  The Court has not however, ruled that the Second Amendment applies to the states.  Now, as stated above, the Court, in the McDonald case will decide if states and local governments are bound by the strictures of the Second Amendment, as is federal action.  McDonald argues that the Second Amendment right to keep and bear arms is incorporated as against the States by the Fourteenth Amendment’s Privileges or Immunities or Due Process Clauses.  They argue both clauses, but the Court has only used the Due Process Clause in the past.  The City of Chicago argues that the Second Amendment does not apply to the states or its municipalities.

It should be noted that NRA v. City of Chicago, is a court case now pending on petition for a writ of certiorari to be heard by the Court, and although similar they are not the same.  In general, the NRA case is focused on the fact that Chicago’s gun registration laws do not allow the registration of handguns.  McDonald challenges four broad aspects of Chicago’s gun registration law, which: prohibit the registration of handguns, thus effecting a broad handgun ban; require that guns be registered prior to their acquisition by Chicago residents, which is not always feasible; mandate that guns be re-registered on an annual basis, including the payment of a fee; and, render any gun permanently non-registerable if its registration lapses.

Let us not lose sight of what we are discussing and what is at issue.  Is gun possession a constitutional right that may not be prohibited by state or local governments?  Regulating is not at issue; a complete ban is not regulating, but prohibition.

Gun control advocates mean well, I think they really do, but all they will control are law-abiding citizens, not those bent on illegal activities or doing harm.  Studies indicate that those obtaining permits to carry are less likely to be involved in violent attacks than those that do not.  Studies by the National Crime Victimization Survey data also found that “robbery and assault victims who used a gun to resist were less likely to be attacked or to suffer an injury than those who used any other methods of self-protection or those who did not resist at all.  A previous study for the US Department of Justice found 34 percent of felons had been “scared off, shot at, wounded or captured by an armed victim,” and 40 percent had not committed crimes, fearing victims were armed.

The fact is more people are killed and injured by automobiles in this country than by firearms; shall we prohibit their use?  Guns do not, as many claim, hurt or kill people, people do.  If you believe that guns do, then logically, you must also believe that pencils make spelling mistakes.  Silly, maybe, but it follows reasonably.  Perhaps more education, not prohibition is the answer.  Then again, we can always open for debate all of the rights protected by the Bill of Rights, do we really want to do that at this time?  Regulation is one thing, as no right is absolute, but when the real purpose or effect is to deny or prohibit law-abiding citizens their rights under the constitution, I fear we are treading where we dare not go, for either you have respect for the Bill of Rights, or you do not.