I was honored to have my article Riding the Train, published by  Boomercafe.com,  the original digital magazine for baby boomers with active lifestyles and youthful spirits.

Here at BoomerCafé, we encourage baby boomers to tell us about their literary ventures. But Eric Mondschein – who lives in the Adirondack Mountains of upstate New York – takes it a step further, writing a piece for BoomerCafé not just about his book, but about his search for the proper place to launch it. It’s called, Riding The Train.

As my wife and I settled into our coach seats on the Amtrak train headed south from Albany, New York, to New York City, I had remembered to take the seats on the right side of the car, as that was the side that would give us the river view. I used to ride Amtrak from Albany to NYC at least twice a month in the 1980s and early 90s for work. Now we were taking the train to scout out a venue for the launch of my book Life at 12 College Road 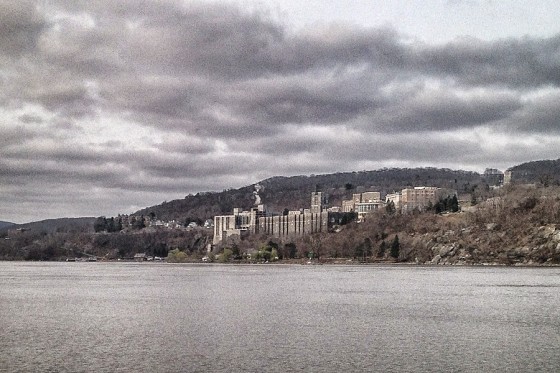 Pulling out of the station I was aware of a landscape at the end of a long Winter impatient to bloom. It was a day colored in grays, with clouds hiding the sun and showers falling along the way. As I looked out at the scenery I’ve known for many years, I thought about how riding a train can be a wearying experience. 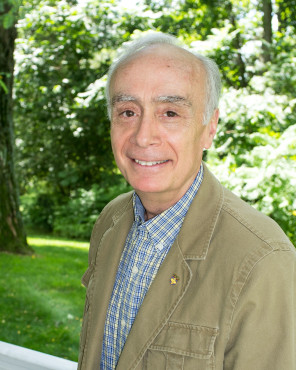 That is not the case, though, with the Albany to NYC run, which is actually one of the most scenic routes Amtrak has to offer. And this is true no matter the season. My favorite time of year to take this trip is in the Fall, with its autumn colors of reds and golds seemingly bursting everywhere you look. Of course the late Spring and Summer are filled with many shades of green and colorful flowers, and Winter with its white blanket and ice-covered river are something to behold … especially if you are lucky enough to see a Coast Guard ice breaker clearing the way to the Port of Albany.

The tracks run for most of the trip right along the eastern side of the Hudson River. The views range from marshes spotted with duck blinds, historical light houses, the occasional ship, the many pleasure boats, and the remnants of long forgotten mansions to traveling under massive bridges, viewing the Catskill mountains across the river, seeing the legendary Military Academy at West Point, and the majestic Palisades, those cliffs that rise from the western side of the river as you near the city. 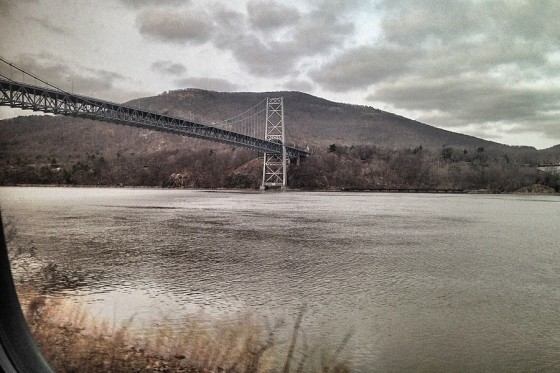 What has changed is the improvement to the tracks on this stretch and the new cars, which means the ride is smooth, quiet, and a good deal faster than it was in the 1980s. The one unfortunate change is that Amtrak trains arrive and depart New York City from Pennsylvania Train Station instead of Grand Central Terminal. I find Penn Station to be rather utilitarian. However, it does connect to other Amtrak trains heading in all directions, as well as New York’s subway system, and there are places to eat and sit. 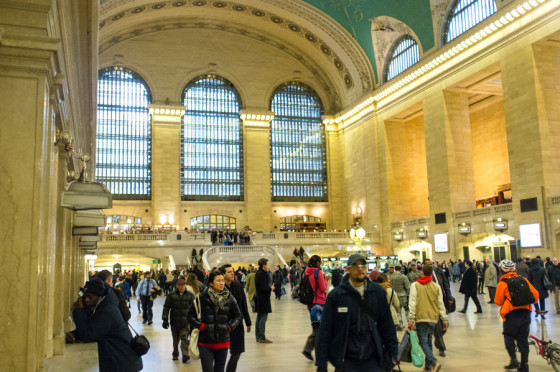 Amtrak stopped using Grand Central in 1991, and although difficult to describe, it is certainly well named. Built in 1913, Grand Central is grand. As the saying goes, they just “do not build ’em like they used to.” With its high vaulted ceiling and Fresco night sky with constellations glittering, and open spaces and archways and its famous Oyster Bar restaurant, it has been referred to as “the world’s loveliest station.” 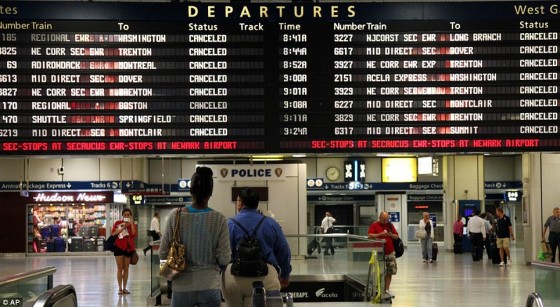 Having identified a venue to hold my book launch, my wife and I once again got comfortable this time finding coach seats on the left side for the two-and-a-half hour train ride north back to Albany. After having taken so many trips, I will never forget that when heading north from the city, you want to sit on the left side of the car, and heading south the right, so that the river Henry Hudson discovered so long ago is just outside your window.